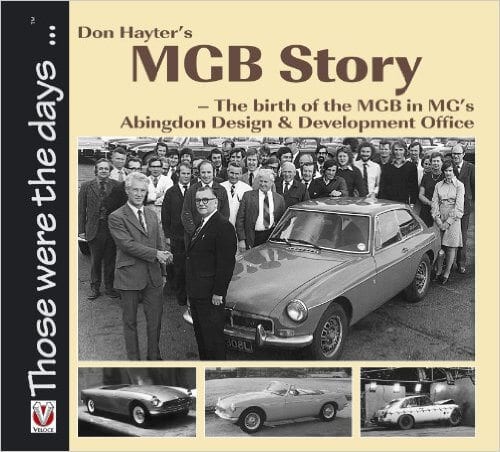 The MGB Story by Don Hayter

This is the inside story of the MG Design office, from 1956 until its closure in 1980. Explaining how the various models were drawn, planned, and developed by the small team of engineers, it also shows how the input and control changed from Morris, Wolseley, Riley Group, Austin-Morris, and Austin Rover. The effects of the Triumph-Austin merger are detailed in model changes, alongside the effects of safety legislation, mainly imposed by the United States. Trying to remain as individual as possible during this period, MG developed record breakers and a unique Competition Department. Special cars were built and tested, and prototypes for the MGB replacement were drawn up all in parallel with the development of MG production cars using engines from any part of the company.