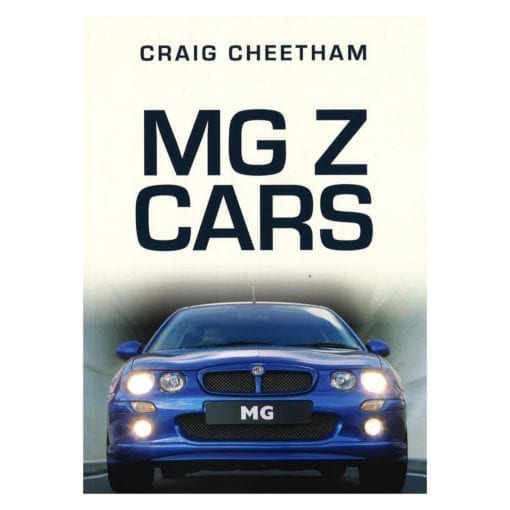 The MG Z cars were produced at a pivotal time when the MG Rover Group separated from their previous owners BMW and stood alone in the highly competitive mass car market. In this readable book, motoring journalist and Austin Rover expert Craig Cheetham reveals the inside story of the development of the range of MG Z cars that were designed to save the company.

The book explores the formation of the Phoenix Corporation, the holding company for the MG Rover Group. It also looks at the design and engineering initiatives that would make the MG Z cars more than just a clever rebranding exercise, producing cars with lasting appeal.

The book describes the MG Z versions of the Rover 25, the Rover 45 and the Rover 75, providing insights into how each of the models was re-engineered to meet the demanding standards of MG’s heritage. It also describes the fortunes of the Z cars in motorsport, in particular the British Touring Car Championship.

The book reveals how, despite all these efforts, MG Rover eventually ran out of money, bringing an end the British-owned mass car industry.