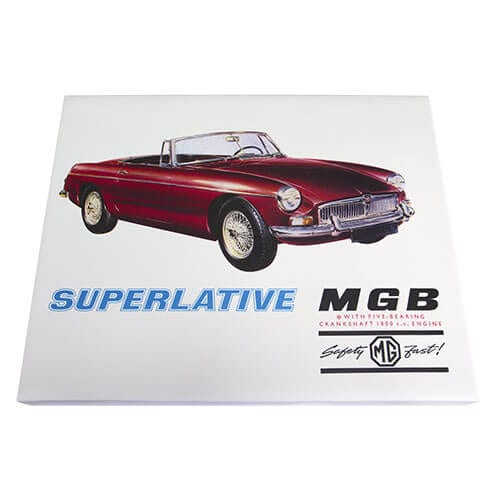 Classic MGB advert recreated as a hanging canvas. Featuring the ‘Superlative’ MGB roadster advert used to promote the MGB in the 1960s.