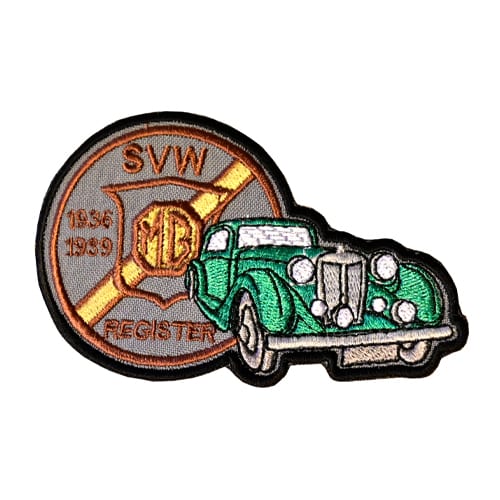 This can be ironed on to a jacket, or hat.