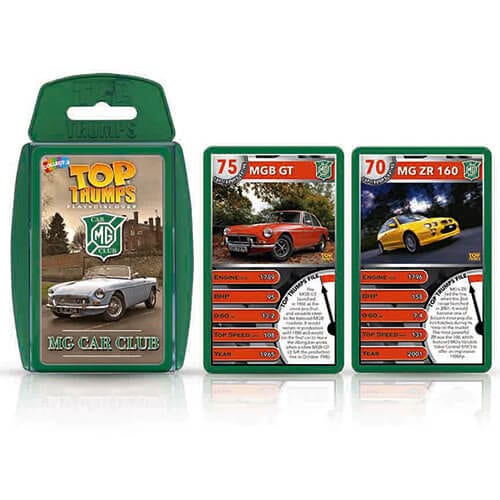 Specially commissioned by the MG Car Club, this unique take on the classic Top Trumps game contains thirty iconic MGs from the earliest days of the MG Car Company, all the way through to the MG6, 3 and GS. Comes with free bonus card of Old Number One