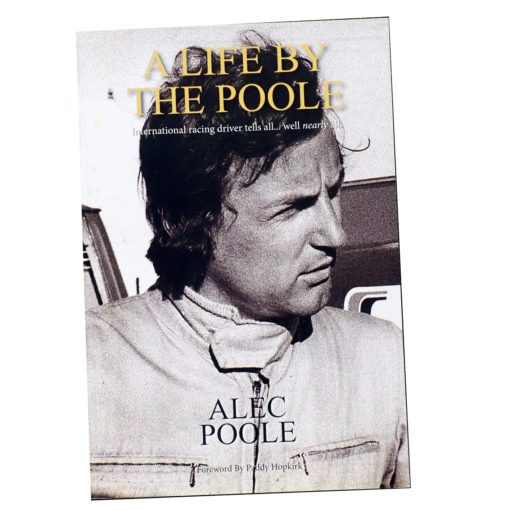 A life by the Poole

Alec Poole: A book with short stories, mainly about what you might call my varied, colourful and (hard to believe, I know) sometimes mischievous life in motor racing.

Unsuprisingly, in this age of political correctness, I had difficulty in finding a publisher either willing or brave enough to take on the task! However, thanks to help from my mates along the way, “A life by the Poole” has made it into print – hopefully for your enjoyment.

(Parts of the proceeds are going to Katharine House Hospice, Banbury, Oxon)

Alec started his racing career in a Wolseley Hornet, this being with the help of his father who imported MG and Wolseley cars into Ireland. As an engineering apprentice with the BMC in Birmingham, he soon became part of the MG Competitions Department. His exploits with the Wolseley and a MK1 “Frog Eye” Sprite were followed by long-distance racing with Roger Enever in the MGBs.  This is an exiting, no holds barred book and will be of interest to anyone who loves to read about the exploits of the past generation of great drivers.

With a foreword from Paddy Hopkirk