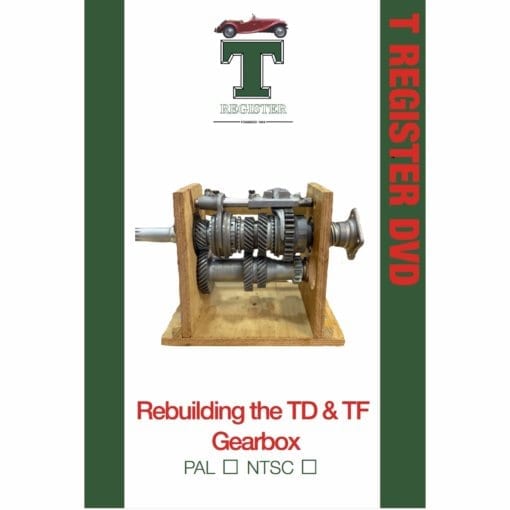 A two hour DVD featuring TD/TF Technical Specialist, Barrie Jones stripping and rebuilding the TD/TF Gearbox.
Please note, this DVD is in NTSC format and is compatible with DVD players in North America and Japan. For the UK, Europe and the rest of the world buy the PAL version (advertised separately).